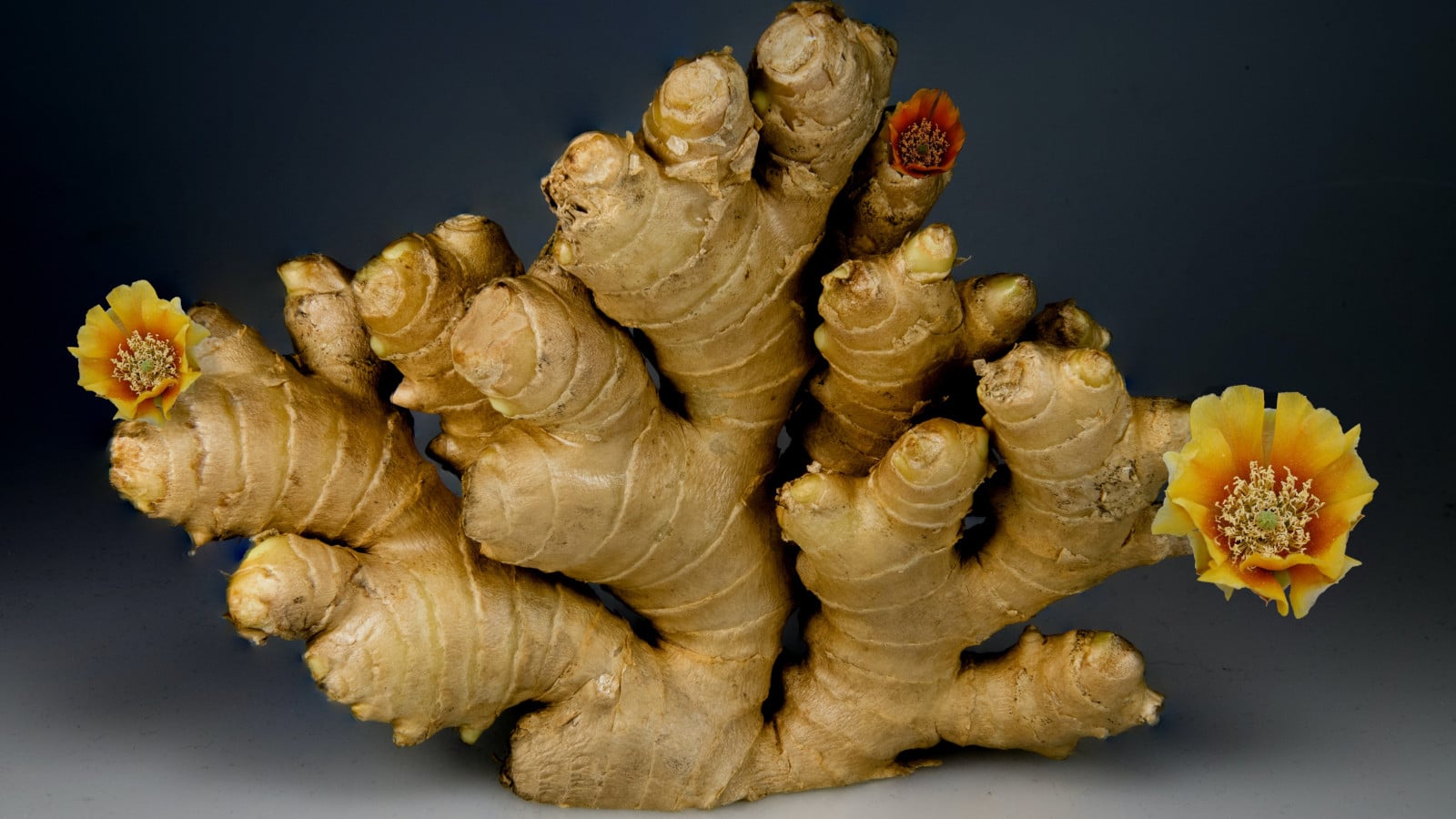 Ginger (Zingiber officinale) has been known for centuries as a powerful digestive aid! Ginger is a proven anti-emetic which fights nausea and settles an upset stomach. Ginger’s anti-inflammatory qualities may also help lower blood pressure and improve general well-being. A strong ginger  tea is an ancient remedy for morning sickness during pregnancy, but should also be anyone’s first choice when dealing with the symptoms of flu or cold.

Ginger is pale but packs a powerful punch! Fresh Ginger root can be sliced, grated, or juiced from the young rhizome. Dry ground Ginger powder has a much stronger flavor than fresh ginger, so substitute the fresh root for the ground ginger if you dislike the zing but seek the flavor! Generally for most recipes ginger powder can be substituted for fresh ginger at a ratio of roughly ⅙…don’t worry too much about exact amounts, as it’s often either used in large amounts or in concert with other flavorful spices. Ginger is marvellous in that it’s flavor is suitable for savory meats, as well as vegetables, and even for sweet confection…Ginger is truly an all-purpose flavor!

A cold+flu remedy so effective that it is common to many cultures from East to West is therapeutic Ginger Tea. Use a teaspoon of ginger powder for every cup. If using fresh ginger, use as much as a tablespoon and a half for each cup and boil for at least ten minutes (Don’t be shy with the fresh ginger, you can really use a lot!) Combine with liberal amounts of honey and the juice from as much as a half a lemon for every cup. The natural sugar from the honey will boost your energy, which is so important when feeling ill, and the citric acid from the lemon will support your immune system! Make this beverage hot and strong to soothe the symptoms of cold and flu, or just to warm up a cold winter’s day. Milder and cooled with ice, Ginger Tea is also a wonderful summertime drink. The magic of ginger is that it is somehow both warming and cooling; good for savory and for sweet; use a little, or a lot, you can’t go wrong with this long-proven super-ingredient! 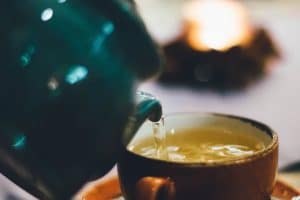